When there is conflict between parents it can be tempting to think the worst, some examples I normally hear are “is something bad happening over there” what is he/she doing to them, “they know their own mind” “he/She treated me like that” “I can’t make them go if they don’t want to” “I know my ex and i know what he/she is like” “they say he never does anything with them” “he doesn’t even look after them his Mum does” “She isn’t a nice person”

As Mediators we hear these sorts of statements all of the time. In fact it’s perfectly normal when people are in conflict to always think the worst. For the majority of cases though children have loving parents who are now living apart and they are very often caught in the middle of the parent conflict.

In fact I’d go as far as to say in my experience it would be unusual when we have a situation where the child’s parents don’t communicate at all for a child not to tell the one or both of their parents they don’t want to go and spend time/see the other parents, or don’t like it at the other parents house giving various reasons.

Children have 2 parents and we know that parents bring stability and security to a child and a sense of who they are and how they fit into the world. It is sadly normal for Children whose parents are in conflict for children to get to a point where they just can’t cope any more with the underlying tensions and issues and stop going all together.

Why might a child say they don’t want to go?

There are a number of possible reasons why a child might say they don’t want to go to their other parent, and it is important not to jump to the worst case scenario, particularly if you and your ex-partner aren’t getting along.

The most common ones are :-

In very rare cases it is because the child is frightened or feeling unsafe or because they have or feel that they may be at risk of significant harm.

There isn’t a day that goes by in my mediation practice that I don’t hear these words. I would try to encourage parents to think about what other things they let their children have the final say over, or choose.

For example if the tables were turned and 5 year old Jonny says that he doesn’t want to come back to you, is that OK and your ex-partner says I can’t make him, then is that OK?  If it isn’t then it won’t be OK in reverse.

If Polly doesn’t want to go to school, or the supermarket, or your parents (grandparents) house do you let stay home because you can’t make her? What do you do in those instances and how is it different when they suy they don’t want to go to their Mum or Dad?

I always find it is interesting that parents become selective about what they let their children choose. For example when it’s something they want to do or need them to do then they just have to do it.

That doesn’t mean to say you shouldn’t listen to your children’s views, as there is a mesage in there for you and your ex partner.

What can I do?

You know your child best and it is important not to put your feelings about your ex pattern onto your child.

Avoid the child being around arguments between you

Avoid the child overhearing negative messages about the other parents, whether that’s from you, wide family or friends.

Ensure you always promote positive messages about your ex partner

Always be clear that you and your ex-partner agreement about the arrangements and you are happy that they are going. Find out what they will be doing and share it with them to support and encourage them to go.

Don’t tell them what you will be doing when they are not there if this is likely to be seen as exciting or fun by them.

In the event you and your ex partner are not in full agreement about your child or there are tensions then arrange an appointment with a mediator to find out how we can help and how mediation might be able to assist you and also to look at the option of consulting with your child in the mediate process.

The Government fund Mediation under Legal Aid for those on low income and starting in April 2021 there is a temporary Voucher scheme which aims to help even more families take part in mediation.

We are offering the voucher scheme in Plymouth mediation

We can offer Free mediation for those on a low income, and the Voucher scheme worth up to *£500 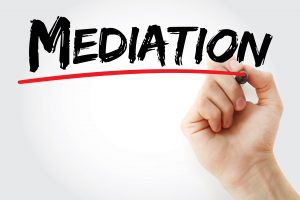 Request a Call Back

Submit your details, and we’ll arrange a free, no-obligation callback at a time to suit you.

£500 Voucher Scheme has been extended so we can provide up to £500 per Family entering mediation about Child Arrangements/Contacts.

Please ask our admin in team about this when you call 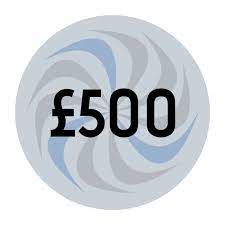